The Biggest Underdog Victories In Boxing

The classic and feel-good “dedicated underdog overcomes all the odds and emerges victorious in the end” trope has been a familiar and much-loved plot line in popular culture for years now. But this isn’t just limited to the movie screens. There have been many a real-life incident where the little guy, contrary to popular opinion, came out on top.

Some of the most significant underdog victories took place in the world of boxing betting. There have, in the past, been several matches where the outcome seemed so very obvious and one-sided. In the end, however, the one no one expected to win would emerge victorious, proving to everyone that the sport isn’t as black and white as it seems. There have been plenty of defeats in boxing, so let’s take a look at the biggest ones.

Mike Tyson is arguably one of the most famous names in the sporting world. Even those unfamiliar with boxing have heard of him. During the 80s and the 90s, he was at his peak, virtually unbeatable. He was the heavyweight champion and would destroy any man who had the unfortunate opportunity to step in the ring with him.

So when James “Buster” Douglas was set to face him in Tokyo, on the 11th of February 1990, everyone, Mike Tyson included naturally thought that Tyson would yet again have his way. Word has it that he was so confident that he didn’t even prep for the match. Buster entered the ring with a 42-1 chance of winning. This bout went on to become one of the biggest boxing upsets in history. Buster truly gave it his all, and by the end of a few rounds, Tyson was in bad shape.

By the 5th round, he had a black eye, but his team hadn’t even thought to bring any ice. During the 8th round, Douglas went down. This would have been the end of the match if it weren’t for the lack of understanding between the Japanese timekeeper and the Mexican referee. He was given a few extra seconds, a grace period, to get back on his feet. At the end of the 10th round, Douglas was the new heavyweight champion.

Manny Pacquiao is often considered to be the best boxer of his generation. He dominated the flyweight and lightweight categories, but his match against De La Hoya, was, and as many believed, rather unfair. Pacquiao was much smaller than De La Hoya, by quite a significant margin, who was a middleweight. Most thought that De La Hoya would win, with him being the more prominent, presumably stronger opponent.

He had also faced opponents much more significant than him before, as much as 160 pounds.  Pacquiao, on the other hand, had fought above 130 just one time prior. In the end, however, this one turned out to be a classic David Goliath situation. Pacquiao was much too quick and skilled for De La Hoya. After eight rounds of one-sided battering, Pacquiao was declared the winner by TKO.

Hard to think of a time when one of the greatest sportsmen of all time, Mohammed Ali, was the underdog. This fight took place way back in 1964 before Cassius Clay joined the Black Muslims and changed his name to Muhammad Ali. Back then Clay was reasonable no doubt, but he was just 22 years old, and yet to carve out a name for himself. Liston, on the other hand, had quite the reputation.

Nearly a decade older than Clay, he was the reigning world heavyweight champion. Liston also had connections to the underground criminal world and learned how to box while he was incarcerated at the Missouri State Penitentiary.

He was a formidable, intimidating fighter known for his powerful punches. Many feared to step into the ring with him. Clay wasn’t nearly as experienced, and most believed that it would be another easy win for Liston. But Clay proved to be too slick for Liston, who struggled to keep up. He danced around the ring, effortlessly throwing and landing punches like it was nothing. Soon enough, Liston found himself battered, bruised, and unable to continue. An injured shoulder resulted in a TKO, and Cassius Clay was declared the new heavyweight champion, and from this moment onwards, his reign began. 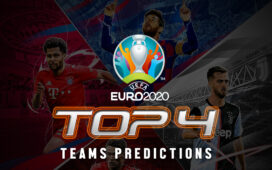 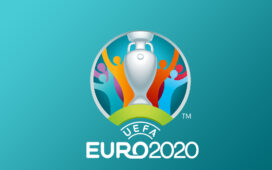 Make Money By Betting On Boxing 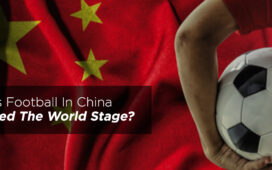 Difference Between Gaming and eSports