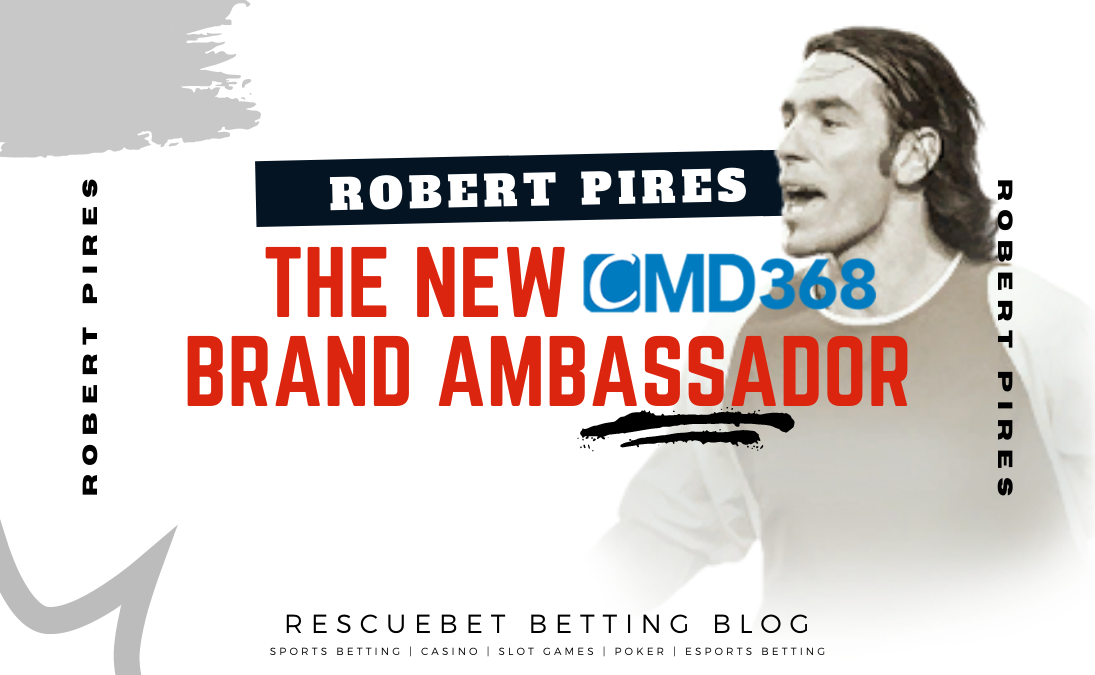 Robert Pires signed on as CMD368‘s new brand ambassador to represent the international sportsbook based out of Asia. The Frenchman is best remembered for his time playing with then-English Champions Arsenal and as part of the unbeatable team that went an entire season without losing a single game. Apart from Arsenal, Robert Pires has played at FC Metz, Villarreal, Aston Villa, FC Goa, and made several international appearances for the Men’s French National Football team, which includes winning the FIFA World Cup in 1998. Currently, Pires is professionally employed as a football coach at Arsenal Football Club. Pires left Arsenal in 2006 after Arsenal’s loss to Barcelona in the Champions League finals. Arsenal’s goalkeeper, Jens Lehmann, was sent off around the 17th minute for a foul, and subsequently, Arsenal took off a forward to bring on a goalkeeper. However, Arsene Wenger chose to substitute Robert Pieres in the Champions League finals after less than 20 minutes, leaving the player devastated and forcing him to force a move to Villarreal in the following transfer window. Piers ranks 6th among the greatest football players in Arsenal’s history and has a massive fan following.

Robert Pires will be CMD368’s official brand promoter and promote Asia’s leading sportsbook for the upcoming European Championship tournaments (EUROs). Some of the details of the agreements signed between the parties include:

1. If there are travel restrictions because of the COVID-19 virus pandemic permit, Robert Pires will visit Asia to promote the upcoming Euros 2020. However, the Euros are postponed to 2021, and Pires will feature in promotional campaigns for CMD368 throughout the year.

2. Robert Pires has a massive fan base in Asia among Arsenal fans, Premier League fans, French football fans, and more. Moreover, Pires played for FC Goa towards the end of his career, garnering support for football in India. As a result, Pires is an established fan-favorite name in Asia, similar to CMD368. The agreement will help CMD368 gain popularity and traction with Pires’s fan base.

3. The move is expected to benefit both parties mutually. Apart from compensation, Pires will also gain a new fan base through CMD368, such as punters, bettors, and new fans (fans who weren’t around the time Pires played football). Moreover, Pires is a proven footballing icon, and his association with CMD368 will positively influence the way punters use CMD368 as a service and sponsor.

4. The contract is mainly stipulated to promote Euros 2020, which will be held in June 2021 instead of 2020. The Euros have been around for 60 years, and the winners of the Euros’ impact European football for years to come. All 24 teams participating in the Euros get a fee of around 9 million Pounds, with the winner of the tournament potentially taking home just under 33 million Pounds.

5. The tournament will feature 24 of Europe’s best teams vie for the Euro’s game with Belgium, Italy, England, Germany, Spain, France, Ukraine, Poland, Switzerland, Portugal, etc., competing for the top spot. Portugal won the Euros in 2016, with Cristiano Ronaldo leading the line. Apart from several fans, punters will also want to get involved in betting markets on the Euros, and CMD368 aims to service punters with extensive football betting options on the Euros.

Apart from sports betting, punters can play virtual sports, Esports betting, online casino games, online slot games, online fishing games, the lottery, poker, etc. Punters and web-users also get several perks, such as access to promotions, referrals, and VIP bets. In addition, punters can access CMD368 through Rescuebet and gain access to some of the industry’s leading offers and promos, such as 50% welcome bonuses and 15% weekly rebate bonuses, for example. 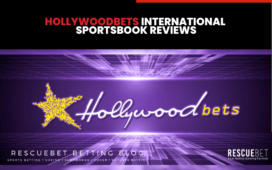